Learn more about the current state of tap water supplies in the United States in groundbreaking new study from the Environmental Working Group. 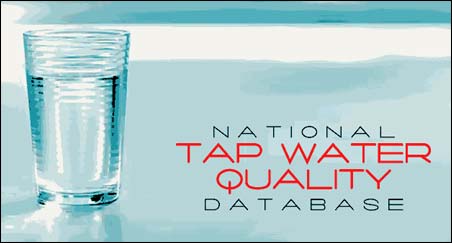 Water2Drink is committed to presenting you with the latest information about the quality of the water we drink. As a part of this continued mission, we follow an organization that tracks and maintains information about the quality of the tap water in local communities. The Environmental Working Group (EWG) has launched its online National Tap Water Quality Database, an online resource for tracking the quality of local tap water sources. In addition, the EWG has released its recent findings on overall tap water quality in the United States. We have provided below the Executive Summary of their 2009 report, but we encourage you to visit their web site, review the report in more detail, and look into the National Tap Water Quality Database to learn more about the quality of your local tap water supplier.

Please note that the EWG does not endorse or recommend Water2Drink, Multipure, or any products we may represent or offer for sale.

Over 300 Pollutants in U.S. Tap Water

Environmental Working Group is very concerned about what's in our drinking water. The following report is a part of a three year process where we analyzed almost 20 million records obtained from state water officials and found 316 pollutants in the drinking water from 45 states.

It turns out that we have a right to be concerned about what's in our drinking water.

Americans have good reason to worry about the safety of the drinking water that flows from their taps, according to the results of a 3-year investigation by the Environmental Working Group (EWG).

EWG assembled an unprecedented database of 20 million drinking water quality tests performed by water utilities since 2004. It reveals a total of 316 contaminants in water supplied to 256 million Americans in 48,000 communities in 45 states. Among the contaminants were 202 chemicals that are not subject to any government regulation or safety standards for drinking water. The U.S. Environmental Protection Agency (EPA) has set enforceable drinking water safety standards for only 114 of the 316 substances detected (EPA 2009b).

Source: EWG analysis of water utility test data for 2004-2009 provided to EWG by state drinking water offices. Data includes 20 million water quality tests for 47,677 communities in 45 states and the District of Columbia. Details on EPA-regulated contaminants detected in this study are described in Note 1 below.

For the 114 contaminants that are regulated, EWG’s drinking water quality analysis found that utilities achieved 92 percent compliance with EPA’s mandatory health standards, demonstrating that utilities can and do comply with regulatory standards when they exist. However, EPA's failure to establish effective source water protection programs and to develop enforceable standards for scores of other contaminants leaves the public at risk.

Where the Data Come From

EWG obtained tap water testing data from state water offices, which had collected the results from the utilities in order to enforce state and federal water quality standards. EPA does not maintain its own comprehensive national drinking water quality database. The agency sets safety standards for contaminants based on limited test data gathered from select, representative states and water suppliers. EWG was unable to obtain water test results in electronic form from five states and the District of Columbia. EWG will provide its database upon request to the EPA and state authorities.

The water contamination revealed by EWG’s database underestimates the scope of the problem. For 37 percent (17,840) of the 47,677 water systems analyzed by EWG, states’ databases contained no records of testing for any unregulated contaminants. EPA’s own limited surveillance programs have required testing for just a fraction of the hundreds of unregulated drinking water pollutants identified in peer-reviewed studies.

EPA has set maximum allowable levels in drinking water for 114 pollutants reported in EWG’s database. In addition, the government has issued health guidelines for 90 of the 202 unregulated contaminants to provide advice for utilities and consumers. Our analysis found that 87 regulated and 49 unregulated chemicals were detected at least once at levels above these voluntary guidelines. A total of 252 million Americans were supplied at one time or another with water containing contaminants at concentrations above the recommended safety guidelines.

Source: EWG analysis of tap water testing data provided by state agencies. Details on health guidelines used in this study are described in Note 2 below.

sediment; sewage and urban runoff; industrial chemicals; water treatment and distribution byproducts; and natural processes that produce more contamination as a result of development and deforestation.

By failing to clean up rivers and reservoirs that provide drinking water for hundreds of millions of Americans, EPA and the Congress force water utilities to spend heavily to make contaminated water drinkable. According to industry market studies, drinking water utilities spend more than $4 billion a year on water treatment chemicals alone. Less than one-twentieth that amount is invested in source water protection and pollution prevention, an average of $207 million per year (data for 1997-2008). This includes funds allocated for the management of nonpoint water pollution sources under the Clean Water State Revolving Fund and for source water protection under the Drinking Water State Revolving Fund (EPA 2009l; EPA 2009m; EPA 2009n).

Data sources are described in Note 3 below.

The EPA has not set a new, enforceable drinking water standard since 2001, even though the Safe Drinking Water Act requires EPA to assess the need for standards for at least five new chemicals every five years. Three-fourths of the current standards were set in 1991 and 1992 and have not been updated since.

Since 1996, EPA has reviewed data on toxicity and water pollution for 138 chemicals, but in every case it declined to set a safety standard. EWG's database analysis showed that collectively these chemicals pollute drinking water for more than 111 million Americans.

To their credit, some states require testing for a broader range of chemicals than those specified in federal regulations, and some utilities choose voluntarily to test more extensively than either state and federal regulations require. EWG's analysis of testing rates found that municipal water systems reported testing for more than 250 contaminants in three states (California, New York and Missouri) between 2004 and 2009. Municipal systems in Kentucky, Connecticut and South Dakota, on the other hand, reported testing for 90 or fewer chemical pollutants during the same period.

Millions of Americans buy bottled water in the mistaken belief that it’s safer than tap water, but this is not the answer. Many popular brands are nothing more than bottled tap water, tainted with the same pollutants, and the enormous growth of the bottled water market has bloated the nation’s solid waste stream with vast amounts of plastic.

Based on its analysis of the database findings, EWG believes that:

Please note that the EWG does not endorse or recommend Water2Drink, Multipure, or any products we may represent or offer for sale.

Read the rest of the report here

Water2Drink.com is an
Independent Builder
for Multipure Products.

All units include hardware and materials needed for installation, and the filter is easy to replace. Plus, Multipure Drinking Water Systems come with a 90-day money-back guarantee, a lifetime warranty on the housing, and a one year warranty on all accessories.

Multipure Drinking Water Systems are performance tested and certified by NSF International. This independent certification guarantees that the products will live up to your expectations and deliver the protection your family wants and needs.

Water2Drink offers the best prices for Multipure products, and we back up this claim with our Best Price Guarantee. After you purchase from Water2Drink, if you find the same Multipure Drinking Water System offered at a lower purchase price somewhere else, we will rebate the difference plus $20 more.